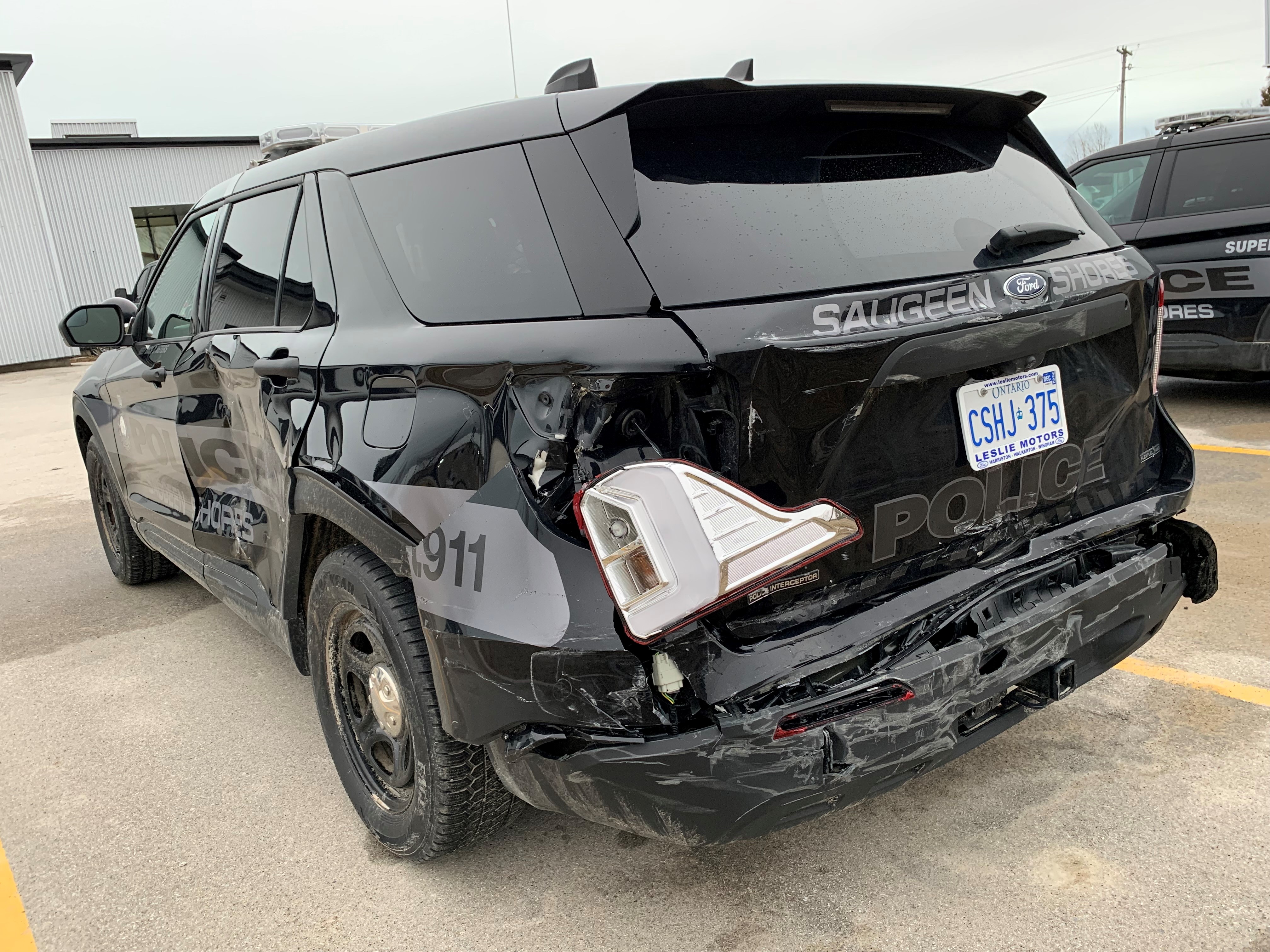 On the 23rd day of March 2022 at approximately 3:48am, Police received a report of a suspicious vehicle in the area of Amanda’s Way.

The truck and trailer slowed to a complete stop.  Once stopped, the driver accelerated rapidly and collided with a marked police vehicle situated at the front of the suspect vehicle.  The impact caused the police cruiser to be pushed approximately 24 meters.  The driver reversed and collided with a second marked police vehicle.  After striking the second vehicle the driver accelerated forward striking the rear driver's side door on the first vehicle, causing  the suspect to lose control of their vehicle.

The suspect drove into the ditch and struck a hydro pole before continuing another 63 meters.  Police pinned in the truck and trailer to prevent the suspect from continuing any further.

Police conducted a high-risk gun-point arrest.  As officers were directing the driver to exit the vehicle, they observed him to begin to consume suspected drugs.  The driver ignored Police commands. The window of the suspect vehicle was smashed to gain control of the driver and pull him from the vehicle, effecting his arrest. Search incident to arrest found suspected cocaine.

During the interaction with the driver, police observed several signs indicating impairment. The driver refused to submit to a drug recognition evaluation.

As a result of this investigation a 44-year-old male of no fixed address has been charged with:

Possession of a Schedule I Substance - Cocaine - CDSA 4(1)

He was remanded into custody.

Investigation revealed the vehicle the accused was driving was stolen as well as the trailer attached. The licence plates on the vehicle were also stolen.

As a result of the collision a Saugeen Shores Officer received minor injuries to his neck and back. A marked police vehicle was severely damaged and the stolen vehicle the accused was driving was also damaged. The stolen trailer was returned to its owner. 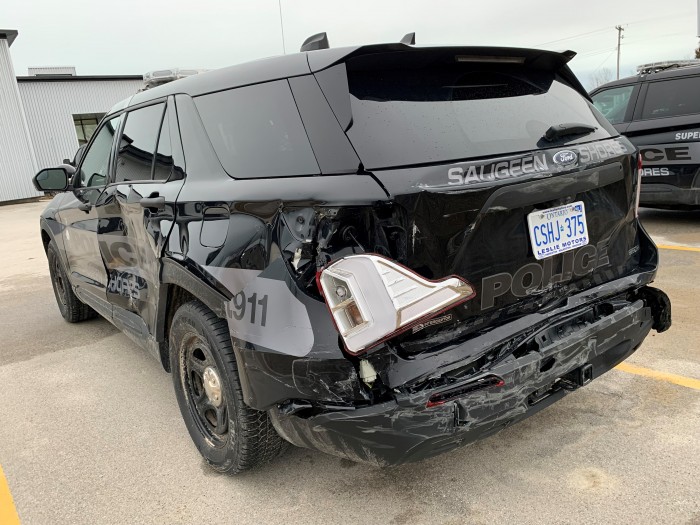