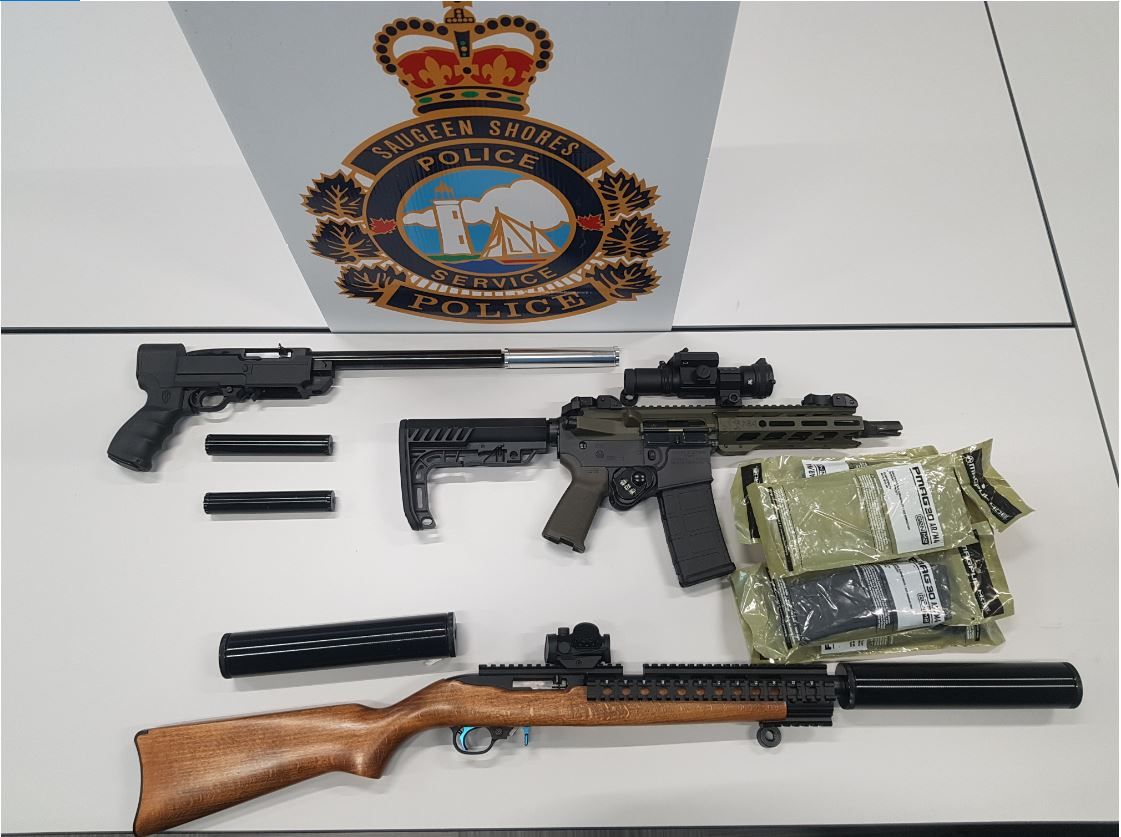 In mid-October, The Saugeen Shores Police Service, the Canada Border Services Agency and the OPP Provincial Weapons Enforcement Unit began an investigation into the importation of Prohibited Devices by a resident of Saugeen Shores.

On October 30, 2019, members of the Saugeen Shores Police Service, Canada Border Services Agency and the Provincial Weapons Enforcement Unit conducted a Search Warrant at a residence in Saugeen Shores.

As a result of the Investigation and Search warrant, the following items have been seized:

A 53 year old male resident of Port Elgin has been charged with the following offences:

The male was held for a Bail Hearing and remains in custody.   The investigation is continuing.